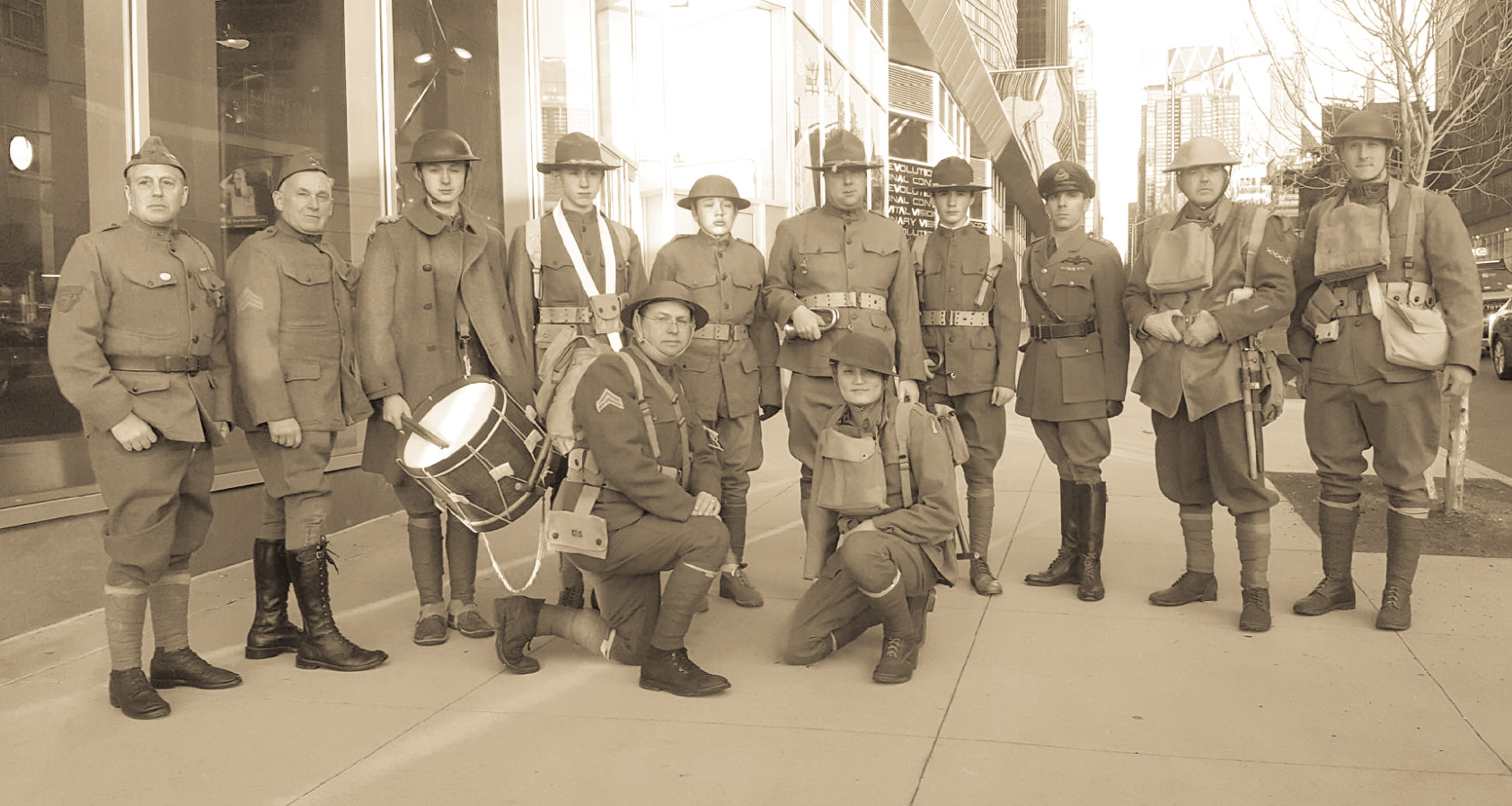 On 16 March the East Coast Doughboys and the New Jersey Field Music Group were the invited guests to attend the opening of Journey’s End, the new WWI drama directed by Saul Dibb. The ECD and NJFMG met in Hudson River Park in Manhattan and marched to the Landmark at 57 West. The band performed outdoors.

Nearly 20 reenactors and living historians came in from Connecticut, New Jersey, and New York for the film opening. It stars Sam Claflin, Asa Butterfield, and Paul Bettany and is set in the trenches in March 1918, right before the German spring offensive.

The group was pleased to meet with Simon Reade, the film’s producer and screenwriter, who based the film on the 1928 play of the same name by R.C. Sherriff. Following the film the audience took part in a Q&A with Reade and Dr. Libby O’Connell, commissioner of the U.S. World War One Centennial Commission, and head of the World War One Centennial Committee for New York City.

Journey’s End opened in New York and Los Angeles on 16 March, and will go into wider U.S. release on 30 March. US theater list here. It opened in February in the U.K.

Thanks to Good Deed Entertainment and PMK Public Relations for the invitations.