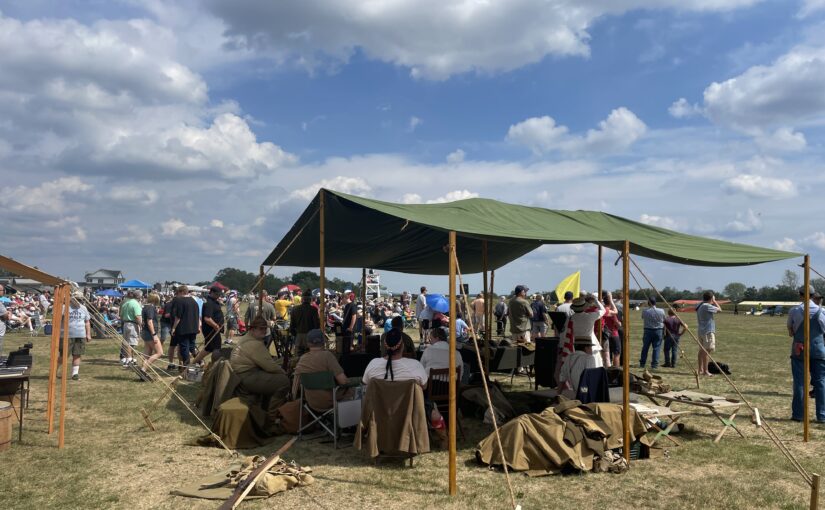 The East Coast Doughboys returned to the Golden Age Air Museum in Bethel, Pennsylvania. Over September 3-4 more than 20 men and women (and 2 cute war dogs) presented WWI living history. The museum drew record crowds; the largest audience that has ever attended. It was quite warm in the wool, but that did not dim the determination. Among the highlights was a full Signal Corps display, a 1918 Harley-Davidson, Chaplain John and his chaplain corps tent, the Russian living historians, bagpiper Edward Kitlowski from the U.S. Naval Academy, and a quite large infantry and Doughboy display. And a phonograph collection of music. The planes were fantastic to see, including four tri-planes that have never flown in formation before. The ECD had the honor to present the colors both days. The museum was very gracious and we hope to return.